Celebrate the Season with Braces-Friendly Treats It’s the most wonderful time of the year, with the holidays around the corner, and visions of sugarplums and other tasty desserts dancing in everyone’s head.

Except, this year you have braces. This means some of your favorites might be on the naughty list. What to avoid? The same kinds of foods that you avoid now: anything hard, crunchy, sticky, or chewy. This means some of the traditional holiday favorites will have to be postponed for a while:

A festive tradition! But, nuts in a sticky sugar filling? Time to create a new dessert tradition that will be less of a problem for wires and brackets.

These super-sticky, chewy treats are definitely hazardous for your braces. Find a soft candy alternative instead.

Hard, sticky, and crunchy? Let’s save these candies for decorating the gingerbread house this year.

So what can you eat?

Luckily, there are plenty of dessert options that are nice to wires and brackets! Let’s look at some festive treats that also easy on your braces.

Soft, moist cupcakes and cakes should be no problem. Fruitcake, with its sticky dried fruits and nuts, should be avoided—which is a perfect excuse if you’re not a fan!

Puddings are a smooth easy-to-eat treat, so enjoy! But know your puddings. Some traditional holiday puddings are more cakelike and contain the same chewy ingredients as fruitcakes, so the same advice applies—if it contains dried fruits and nuts, this is not the dessert for you.

The same soft chocolates that you could eat for Halloween are good now, too! If it’s just not the holidays without peppermint, smooth peppermint patties are the way to go.

Pecan pies are a firm no, but velvety desserts like pumpkin pie, cream pies, and cheesecake should be fine. And be sure you pick only the soft cookies in the holiday cookie exchange!

When you visit our Decatur, GA office, ask Dr. Williams about these and other holiday treats to make sure they are safe for you and your braces. And one more word before we all dig in—too much sugar in your diet creates the perfect conditions for cavity-causing bacteria. But there’s no need to give up all your holiday treats.

Just as you would brush after any dessert without braces, be sure to brush now that you have them. Be especially careful to remove any sugary residue from around your brackets, between your teeth, and near your gum line. And it’s always best to eat sweet treats as part of a meal, to reduce the effect of sugars and acids on your teeth.

Oh, and about those sugarplums? These candies originally contained no soft, tender plums at all. They were actually tiny treats created by coating a seed or nut center with a hard sugar shell. But you don’t need to worry about missing out on Victorian treats—with all of your delicious and braces-safe dessert choices, you’ll be enjoying a very sweet holiday season! At CBW Orthodontics, we love to celebrate the holidays with vigor! Dr. Williams would love to share some unique ways of celebrating Thanksgiving from beyond the Decatur, GA area to the national level!

When Americans sit down to dinner on the last Thursday of November, the day that Abraham Lincoln designated as the day on which Thanksgiving would be celebrated, they do so thinking that the first Thanksgiving feast was held at Plymouth in 1621. According to National Geographic, the Spanish explorer Francisco Vásquez Coronado and his men celebrated a feast of Thanksgiving in Texas in 1541, giving Texas the distinction of being the first place where Thanksgiving was celebrated.

Native Americans had rituals around which they celebrated in hopes of ensuring a bountiful harvest. The Cherokees had a Green Corn Dance that they did for this very purpose. The Pilgrims (not to be confused with the Puritans,) rejected any type of public religious display. They held a three-day long non-religious Thanksgiving feast. Although they said grace, the focus of their celebration was on feasting, drinking alcohol (they did have beer,) and playing games.

The Pilgrims at the Plymouth Plantation celebrated a different day of Thanksgiving in 1623. Plagued by a crop-destroying drought, the settlers prayed for relief. They even fasted. A few days later, they got the rain they so desperately needed. Soon thereafter, they received another blessing when Captain Miles Standish came with staples they couldn't otherwise get. He also told them that a Dutch supply ship was en route. In gratitude for the abundance of good fortune, the Plymouth settlers celebrated a day of prayer and Thanksgiving on June 30, 1623.

The Story of Squanto

No discussion of Thanksgiving is complete without a discussion of Squanto, or Tisquantum, as he was known among his people, the Patuxet Indians. It is believed that he was born sometime around 1580. As he returned to his village after a long journey, he and several other Native Americans were kidnapped by Jamestown colonist, Thomas Hunt. Hunt put them on a ship heading to Spain where they were to be sold into slavery.

As fate would have it, some local friars rescued him and many of the other kidnapped natives. Squanto was educated by the friars. Eventually, after asking for freedom so he could return to North America, he ended up in London where he spent time working as a ship builder. By 1619, he was finally able to get passage on a ship headed to New England with other Pilgrims.

Upon arriving at Plymouth Rock, he learned that his entire tribe was wiped out by diseases that accompanied earlier settlers from Europe. In gratitude for passage on their ship, he helped them set up a settlement on the very land where his people once lived. They called the settlement Plymouth. Since they knew nothing about how to survive, let alone how to find food, Squanto taught them everything, from how to plant corn and other crops, how to fertilize them, how and where to get fish and eels and much more.

After a devastating winter during which many settlers died, thanks to Squanto's teaching, they had an abundant harvest. After that harvest, they honored him with a feast. It is this feast of 1621 which was celebrated between the Pilgrims and Wampanoag Indians that is widely considered the first Thanksgiving celebration.

About the Meal of the Plymouth Settlers

Surviving journals of Edward Winslow that are housed at Plymouth Plantation indicate that the first Thanksgiving feast was nothing like what Americans eat today. The meal consisted of venison, various types of wild fowl (including wild turkey,) and Indian corn. There were no cranberries, stuffing, pumpkin pie, potatoes, or any of the other “traditional” foods that appear on modern menus.

Today, Thanksgiving is celebrated on the fourth Thursday of November, the day that Abraham Lincoln designated as the holiday. It is still a day of feasting, and for some, a day of prayer and thanksgiving. For others, it is a celebration of gathering, especially for families. Still others may celebrate in entirely different ways, including watching college football bowl games, or by playing family games.

If you ever wonder why you're so tired after the Thanksgiving meal, it's because turkey contains an amino acid, tryptophan, and it sets off chemicals whose chain reaction combine to make people sleepy. The stereotypical braces wearer – in middle school, with a mouth full of metal brackets – has led to numerous myths about orthodontics that discourage many people from getting the dental care they need. Dr. Williams and our staff would like to put some of these myths to rest.

Myth 1: Orthodontic treatment is for kids. Although teenagers often visit the orthodontist to get braces, adults represent a growing proportion of orthodontic patients. Whether you’re eight or 80, a consultation with an orthodontist can identify problems with your teeth, jaws, or bite that can be corrected by orthodontic interventions.

Myth 2: Traditional, metal braces are my only option. Advances in orthodontic technology have rendered improved braces and other orthodontic appliances that are much less noticeable than the braces of yesteryear. Ask Dr. Williams about Invisalign® braces and other options that make sense for your situation.

Myth 3: Orthodontic treatment is only helpful for crooked teeth. Sure, a crooked smile is a common reason that patients seek orthodontic care. However, orthodontic interventions help with a range of dental health problems. From missing teeth to overbite to jaw misalignment, your orthodontist can help with many problems associated with the teeth, gums, and jaws.

Myth 4: Orthodontic treatment is too expensive. As with any medical procedure, orthodontics can be pricey. However, our Decatur, GA team works with patients to find payment plans, insurance coverage, or other payment options that reduce the financial burden.

Congratulations! You have made the decision to get orthodontic treatment at our Decatur, GA office. Now it’s time to choose among your various appliance options. Traditional metal brackets and wires, lingual braces, a series of aligners—they all have positives to recommend them. And for some people, ceramic braces are the clear favorite.

Ceramic braces work like regular metal braces. Brackets are bonded to the front of each tooth, and rubber bands surrounding the brackets hold the arch wire that gradually moves the teeth into alignment.

Ceramic braces, however, use brackets made of clear or tooth-colored ceramic or porcelain which blend beautifully with the color of your tooth. The elastic ligatures, or rubber bands, can be chosen to match the brackets or your enamel. There are self-ligating ceramic brackets which don’t use bands at all. Technology is even working on ways to make the arch wire less visible! The end result is braces that are almost undetectable.

If you want a less obvious appliance for professional or personal reasons, talk to us about ceramic braces. As always, there are other factors to consider before you decide, which we will be happy to discuss with you.

Ceramic braces, because they are so much less visible, are a popular orthodontic option, especially for older teenagers and adults. If you are interested, talk to Dr. Williams about this effective way to straighten your teeth—discreetly. Ceramic might be the clear solution for creating your lasting, beautiful smile. 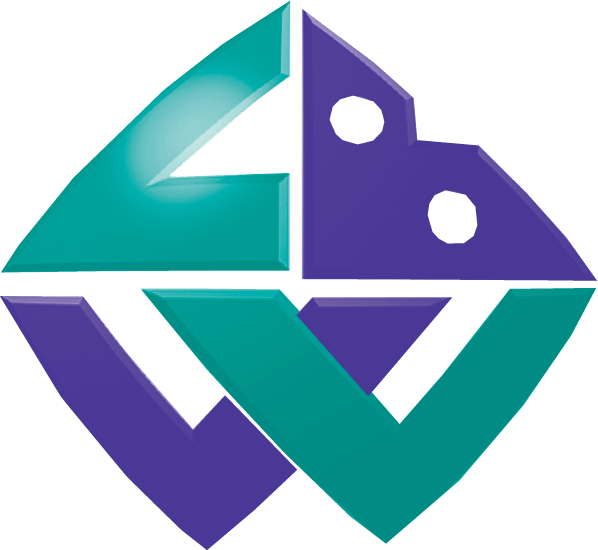